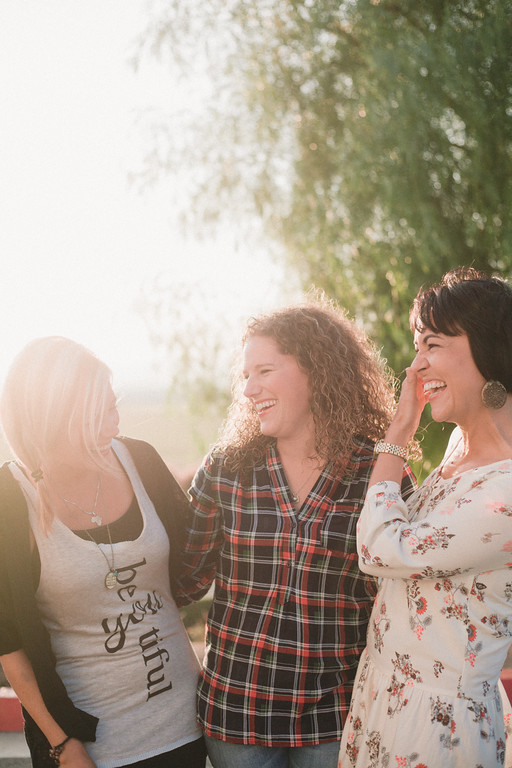 It had been a long day.

It had been a day full of errands, doctor’s appointments and home study – home study happens at our house twice a week. It is a school day, but my kids are not on campus. They are assigned school work to complete at home which means I get to be their teacher…I am going to let you decide how you think I feel about that as we approach the end of the school year.

As 3:00pm rolled around, I realized that I hadn’t thought about dinner, I had a worship team rehearsal to lead in a few hours, there was a sibling argument happening over a video game AND my kids hadn’t finished their school work which was due the next day. I lost my crap all over the place.

Hi. My name is Melody. And I am an exploder who shames others.

In my explosion, I yelled at my kids. I threw stuff around, sent a snippy text to my husband and slammed my bedroom door shut. And you know what? None of that made me feel any better. In fact, I felt awful. The look on my son’s face told me that I had made him feel awful too. This would have been a great time to heed Lysa’s words that “feelings are indicators, not dictators.”

Reading through chapters 5 and 6 of “Unglued” didn’t reveal to me that I am an exploder. I already knew that. It revealed to me how my exploding is affecting those closest to me–mainly my family – and even more, how God feels about it. Because the more I read, the more convinced I became that my exploding is actually just an outworking of a deeper sin issue:

Pride. Pride is the birthplace of all sin and pride is what fuels the Stuffer to harbor resentment and the Exploder to launch attacks.

I spent some time this week studying pride and what God says about it and here is the simple definition of pride that I came up with: Choosing self over surrender.

In my explosion last week, I chose myself – my feelings, my desires and my plans – over everyone else. And even though I did need time to prepare for my rehearsal, figure out a plan for dinner and get home study done, there was a healthy way to do those things had I chosen humility instead of allowing my pride to rear its ugly head and bite off the heads of my children.

I Peter 5:5 says, ”God opposes the proud, but gives grace to the humble.” I did a little digging and the word “opposes” in the Greek literally means “to wage war against.” I don’t like to think about God waging war against me and my pride. But pride is a big deal to him. And I think it’s a big deal to Him because He knows how it will ultimately affect us.

Whether you’re a stuffer or an exploder (or a combination of both…yeah, me too) the sin that we have to oppose – wage war against – is pride. Because if we don’t, than we will never actually mature in our faith to become women who are controlled by the Holy Spirit. So, I think it is time that we get real about our pride. And here’s how we are going to do that:

This week, sit down with those closest to you and ask them how your exploding/stuffing has affected them. Listen to their words. I did this with my family. It wasn’t easy but it was so important for me to hear what they had to say.

Once they have shared, in a posture of humility, own it. Don’t make excuses or justify it, just accept what they have to say.

Be willing to be vulnerable. Ask for their forgiveness and then get alone with God. Confess your pride to Him and ask Him to forgive you.

Here’s the deal: pride is sin and God hates sin. He hates it. But He loves us.

Look at these words in Psalm 34:17-18: “Is anyone crying for help? God is listening ready to rescue you. If your heart is broken, you’ll find God right there.”

Believing that we sin isn’t the same as being broken over our sin. There is a huge difference. But if our sin breaks our hearts, than God promises to be right there, ready to rescue, heal and forgive us. I believe that our brokenness over our sin is the gateway to becoming beautiful daughters of His grace, because once we recognize what we have been forgiven of, than we become the avid fighters for grace and forgiveness in this broken and messed up world.

And His beauty – what has drawn us to Him – becomes what is also beautiful in us.

And listen, we aren’t going to get this right every time. We are celebrating imperfect progress, remember? But the most important thing we can do as we learn more about ourselves and what our struggles are is to lean into Jesus with all that we are. He invites us into a relationship with Him where we are seen, known AND loved. And His love is the most beautiful thing of all. 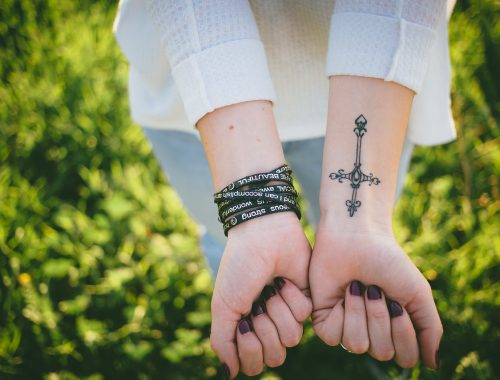 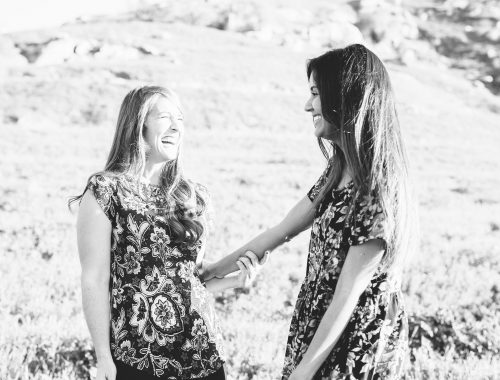 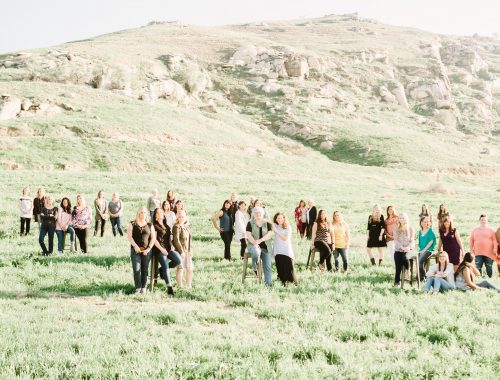