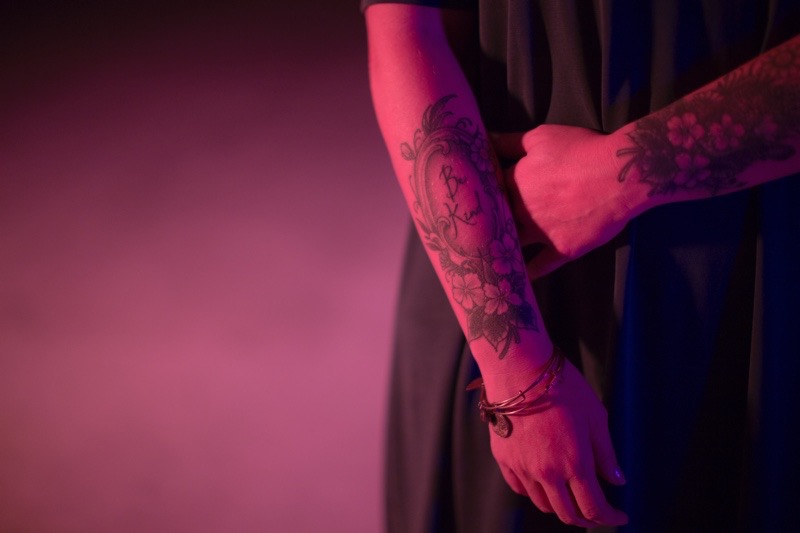 Growing up, unknowingly…  I always waited for someone to save me…No one did.

From the very beginning, my idea of  “normal” was certainly skewed.

My mom was 15 years old when I was born, and I was her second child. There isn’t a lot that I remember from when I was younger, but when I was 5 years old my mom left my brother, my 2 younger sisters, and me with a friend of hers for the weekend and she didn’t come back. Each of us had different fathers and so there was a lot of confusion for us for a long time. We waited and hoped that our mom would come back, but weeks turned into months… that turned into almost 6 years.  Life without my mom was my new normal.

I was 11 years old when my mom returned and my new new normal was about to unfold. I turned 12 shortly after my mom’s return, and on a day that should have been filled with my friends, games, and cake and ice cream ended up being a party filled with alcohol and all of my mom’s friends. That evening while “my” birthday party was still in full swing I ended up going to my room.  My mom came up to let me know that some of her guy friends downstairs thought I was cute and that she was going to send them up. I had know idea what that meant or what was about to take place, but what I did know was that I needed to keep doing whatever my mom wanted me to so she wouldn’t leave again. That night six different men came into my room and had sex with me. I was filled with so much fear and confusion, but this was quickly drowned out by complete numbness.

At 13 I met the guy that was soon to become my boyfriend and my daughter’s father. My mom introduced us at one of her parties and in my young teenage mind there was a connection between us. Little did I know that this relationship would turn out to be a continuation of the abuse, only this time HE was getting paid for the services that I was performing. By the time he took over, the sex was a daily occurrence.  I had my daughter at 16…  but that didn’t stop the constant flow of men every night.  Each day I would get up and go to school like every other teenage girl my age, only to come home and be this other person I had grown accustomed to being.  Most of the time my days didn’t end until 2…sometimes 3 in the morning~ just to wake up a couple of hours later to do it all again. Perhaps the most surprising thing about my life was that to an outsider looking in you would never know that there was anything different or wrong going on in my family. We had nice things, nice clothes, nice vehicles. We lived in a nice house in a nice neighborhood, we even had a maid. I went to a nice private school, and I was even on the varsity softball team.

This was my life for the next 15+ years!  This lifestyle followed me from middle school into high school, throughout having babies, and even during my time in the military. I’d become accustomed to living the life of a modern day slave quite perfectly.  And when I didn’t get it perfect, I was corrected in a manner that taught me that I never wanted to make whatever same mistake again. I became afraid, afraid of everything! Afraid of making the wrong decision, afraid of looking people in the eye, afraid of failing, afraid of people walking away, afraid of life in general.  However, this was my life.  Even after my “boyfriend” went to prison for his actions, and my mom was now out of the picture due to her suicide, this lifestyle continued on.  You see, I’d gotten to the point where the sex with men for money was a game to me now, a payback of sorts. Even after the people who’d forced this lifestyle onto me were out of the picture it was still very much a part of who I was, it was all I knew… it was normal to me.

In 2007ish, about a year before my mom’s death, I was watching a program on MSNBC that was highlighting a ministry for women in the sex industry.  When I saw this show I thought these girls might be able to help my mom. At the time I honestly believed that SHE was the one that needed the helping, the saving. And so…I reached out to the network and they connected me with the women running this ministry. They were from a church I’d never heard of called Sandals, in a town over a thousand miles away on the other side of the country. Through a crazy series of events that happened after that connection~ God allowed my path to collide with the person who He would, unbeknownst to me, use as the person who would step in and start His process of saving ME. Her name was Lori Albee.  We kept in touch long distance, and she began the process of walking through life with me. After my mom’s death, as well as a few other life happenings, I felt like I was losing my mind. I knew now that MY life needed a drastic change, but I had no idea where to begin. I was exhausted physically and emotionally. Lori began researching places for me to go and get the help that I needed~ only to come up empty handed with every search.  There was nothing out there for girls in my situation. Yes, there were organizations that raised awareness, but that’s where it ended. After countless searches and  phone calls coming up empty every time, Lori and her husband Matt, after much prayer and guidance, invited me to leave everything that my life consisted of and move out to California to live with them and their family and start over.

In 2012 I moved out to California with only the possessions that would fit in my car. It’s been  an eye-opening experience to say the least, and if I’m being honest~ I wanted to give up a countless number of times, especially in the beginning.  It’s been overwhelming to realize that my normal wasn’t “normal” at all, and that I honestly didn’t know what a healthy “normal”  lifestyle looked like~ let alone how to live one. I’ve  had to learn things that many people take for granted on a daily basis. Things like doing laundry, and cooking (seriously boiling a pot of water was nerve wracking for me). I even had to learn how to ride a bike. These things were challenging, but I think one of the most challenging parts has been to learn that when people hug me or tell me they love me it’s because they genuinely care about me.  THIS was not normal for me.  Also, crying! I’m learning that crying isn’t a bad thing or a sign of weakness.  In this area of me so many of my walls are still up… But I’m happy to be able to share that they are slowly coming down. I’m also learning about grieving. Grieving the childhood and family I didn’t have, and grieving for the one that I did.  And when the time comes when I am totally able to grieve my situation I am starting to believe what everyone around me has been telling me… and that’s that the tears won’t last forever.

Over the past couple of years there have been many things that I have been unsure of, but the one thing that I have learned that I can absolutely be sure of is that I can  hold onto the promise that God will never leave me or forsake me. At times I may be barely hanging on, but I know that I have made it to far to let go now. The mask is off.  The secrets are out. And I am learning to step into the light,  and as the dark shadows of the past disappear… I am finding that the little girl I thought no one loved has been loved after all. I am starting to believe that my worth is not determined by or based on my past. God cherished me from the start and He continues to do so now…. even after and despite all that I’ve done and been through. I am beginning to realize that there’s nothing I have done or could ever do to make God love me anymore or any less. To be loved is the greatest feeling one could ever feel.

The Dressember movement with Cultivate is something I am passionate about being a part of because we are taking a stance on the injustice that is happening all over the world.  Injustice not just happening far away in third world countries, but right here in our own backyards.  I am proof of this. We must go from apathy to action. This is what Lori did for me. We have to fight for those who are unable to fight for themselves.  We have to be a voice for those who haven’t found theirs yet. We have to be the ones to move for those paralyzed by fear. We need to let the young girls and women in situations similar to mine know that we see them, that they are loved, that they are not forgotten, and that their worth is so much greater than the label they have been given. We can no longer stay silent with the information we have acquired.  We need to shine light into this dark place of human trafficking. 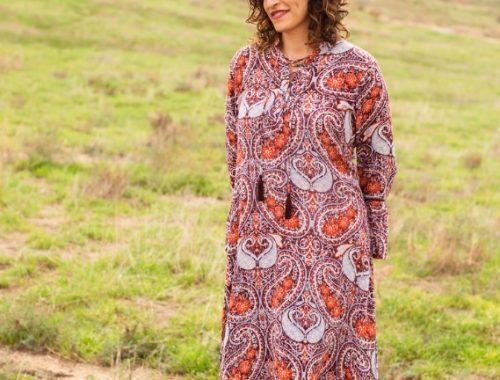 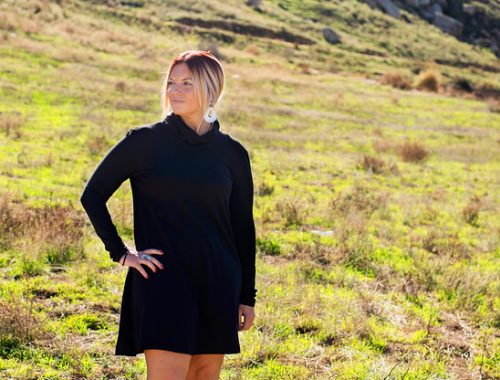