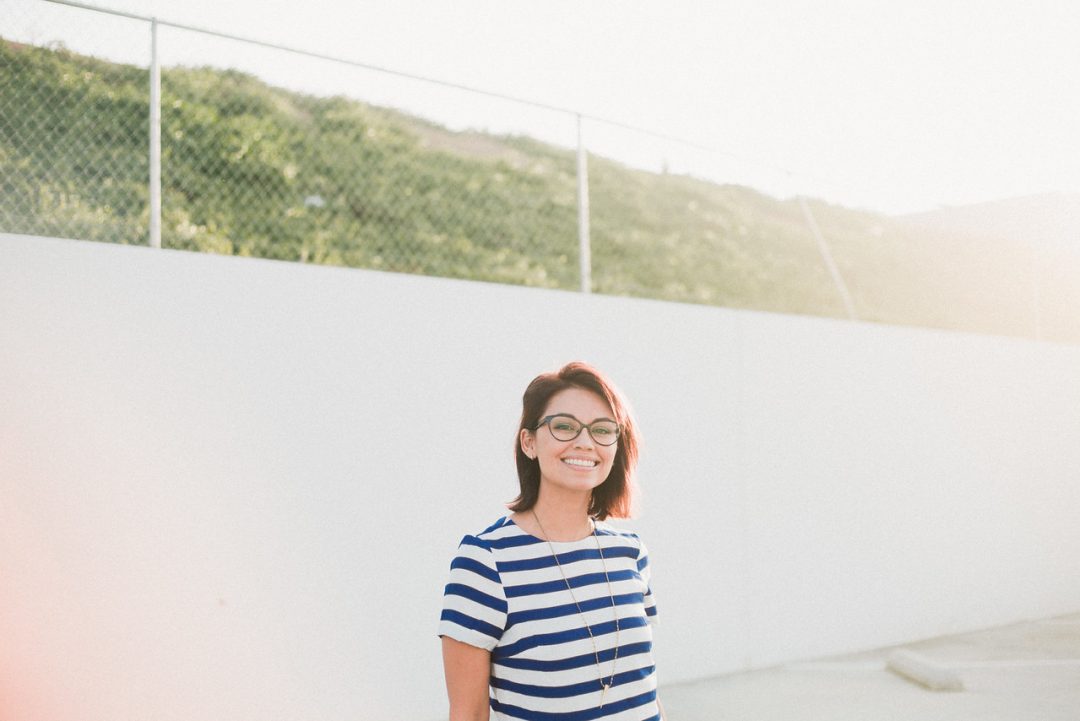 Fear- Such a Small Word

Whenever I say, think or hear the word ‘fear,’ I can’t help but to follow it up with the words ‘power,’ ‘love’ and ‘sound-mind.’ What’s more, when I speak them aloud, they are magnified. This was not always my way of thinking. Fear had great control in my life for many years. During my early to mid-twenties, I battled with anxiety disorder. For those who have never experienced an anxiety attack, it’s like a great, all-consuming nothing that creeps up out of nowhere. One minute a person can feel perfectly normal, the next minute it’s as if a heavy blanket of dread falls over your entire body and drains you of all hope and safety. It’s difficult to be rational during an attack. Sometimes it feels as if the walls around you are about to cave in. You feel like you are about to die. Once an attack occurs, you feel like there is no way to stop it. It seems the only solution is to helplessly submit to the attack and let it run its course. When it is over, it slips away as silently as it came, leaving the body and mind feeling exhausted, vulnerable, violated and defeated. To add to the struggle, anxiety attacks can give way to other issues such as fear, stress or depression, if a person struggles with it long enough. It’s like a downward spiral that feels impossible to overcome.

Eventually, I became fearful of everything. I was afraid of the day, and afraid of the night. I couldn’t escape it. I was held captive by my own thoughts. At night when I experienced the attacks, I would literally fall to the floor, tremble and cry. I didn’t know what to do. Sometimes the attacks would come one right after the other- up to four times a night. I lost a tremendous amount of weight because I wasn’t able to eat or sleep. I became desperate and helpless. I felt I had no one to turn to.

“Where are you?” I said angrily as I sat in my car, staring out the windshield, tears rolling down my cheeks. I slammed my hands on the steering wheel and screamed at the top of my lungs, “I WANT TO KNOW THE TRUTH!” I had lived the past three years of my life angry with God. I was angry and jealous because of his love for those who did not deserve it. People who hurt me in the past were being changed by his grace.  “HOW CAN YOU LOVE THEM WHEN I WAS THE ONE WHO CALLED OUT TO YOU?” I yelled as I cried uncontrollably. I was harboring so much unforgiveness in my heart. I became prideful, selfish and felt wronged. I was also angry because I wanted to know who God really was. Why I couldn’t hear him? Why didn’t he love me? Why wasn’t he there for me when I needed him?  Why did he abandon me? I rested my head on my steering wheel, closed my eyes and wept. Then, by no influence of my own, two words clearly resonated in my mind, “Trust Me.”

Now, fast-track three months later…Night after night the attacks would come, and night after night I would fall to the ground, weak and defeated. I eventually confided in a friend about the anxiety attacks and shared with her the words God spoke to me that day in the car. She advised me to read my Bible and to pray. She also invited me to her Bible study group that met weekly at her house.

We prayed for each other, laughed, cried together and carried each other’s burdens. That Bible study became my community. I developed friendships with people who demonstrated a Christ-like love for me despite my pride and brokenness. I was learning about God’s grace, mercy and forgiveness. I even started praying for those who had hurt me in the past. I became born again and had a newfound love.  During this time I asked God to sift my thoughts and reveal to me the things I needed to repent. I didn’t want to hold on to anything that was keeping me from him. He revealed to me my sins, my offenses and the things I had suppressed deep inside my heart. Reading the Bible taught me a lot about God, his character and his promises. It also taught me about my enemy- the devil. The anxiety attacks still came, and when they did I continued to fall to the floor; however, I no longer fell in submission to the attack, but instead I would fall to demonstrate my submission to the one who saved me, Jesus. I would cry out and pray, “Lord, your Word says…”, and I would remind him of his promises in the Bible. I did not know it at the time, but by speaking His word aloud, through faith, I was proclaiming his word in my life. I was holding all who were present (spirit, human and myself) accountable to the power of God. This was the work God was doing in me—he was training his daughter to become a warrior.  During an anxiety attack, I learned to fix my thoughts on the Lord and praise Him through it. I learned to fight against the enemy by refusing his oppression in my life and boldly speaking out God’s Word. I became a threat to the enemy’s tactics by not only praying for myself during my battle, but praying for others as well.

For the first time, I was able to stand before my enemy confident in God’s power, strength and peace.  I was armed with a sword and I was now trained to use it.

“Your enemy the devil prowls around like a roaring lion looking for someone to devour.” 1Peter 5:8

The enemy plotted for my life.  He wanted to keep me unaware of the blessings God had for me.  He wanted me confined to a life of fear, immobile and ineffective.  He also wanted me to believe that I had anxiety.  God’s word says something different.  The Bible says, “God has not given me a spirit of fear but of power, and of love and a sound mind”(2 Tim. 1:7).  This scripture also tells me that the spirit of fear and anxiety is very real, but it is not of God. It is of the enemy.  Ephesians. 6:12 says, “…we wrestle not against flesh and blood, but against principalities, against powers, against the rulers of the darkness of this world, against spiritual wickedness in high places.”  Much like the temptation of Christ during His 40 day fast, we too are approached, tempted and lied to by the enemy.  We are defenseless if we do not know the word and how to combat the enemy during a time of temptation. If we do not know the power of standing in our salvation, our minds can become vulnerable to the enemy’s attack.  Ephesians 6:10-11 says, “Finally, be strong in the Lord and in his mighty power. Put on the full armor of God, so that you can take your stand against the devil’s schemes.”

I am more certain now of my salvation and the power of God’s word in my life than ever before.  I have peace and I am free from my struggles with anxiety and fear. I know the enemy may be watching from a distance, waiting for an opportunity to attack. However, I trust that wherever I go, God is near. His word is not far from me and I take comfort knowing that.

“Blessed be the Lord my rock, who trains my hand for war, and my fingers for battle- my lovingkindness and fortress, My high tower and my deliverer, My shield and the one in whom I take refuge.” Psalm 144:1-2

For all who struggle with anxiety and feel subjected to living a life of fear, I pray that you will come to learn the power and truth of God’s word, so you will be oppressed no more. I encourage you to read your Bible, reach out to people in your church community and trust that God loves you. He has a purpose for your life that is so much greater than you can ever imagine.

“For I know the plans I have for you, declares the Lord, plans to prosper you and not to harm you, plans to give you hope and a future. Then you will call on me and come and pray to me, and I will listen to you. You will seek me and find me when you seek me with all your heart. I will be found by you, declares the Lord, and will bring you back from captivity.” Jeremiah 29:11-14 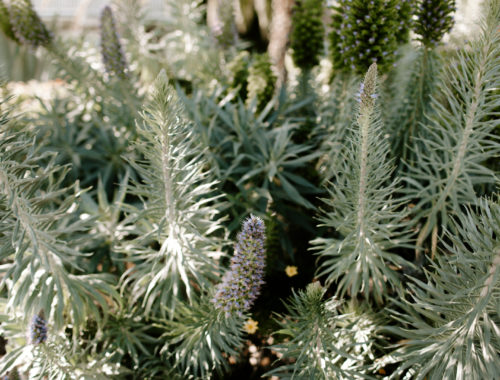 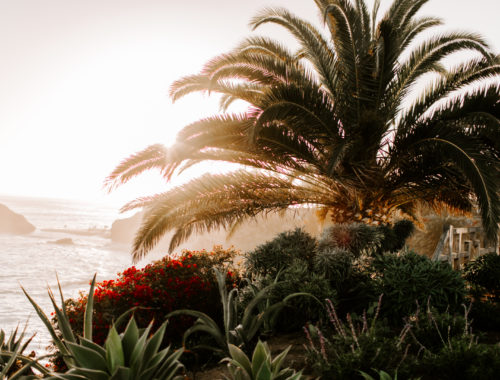 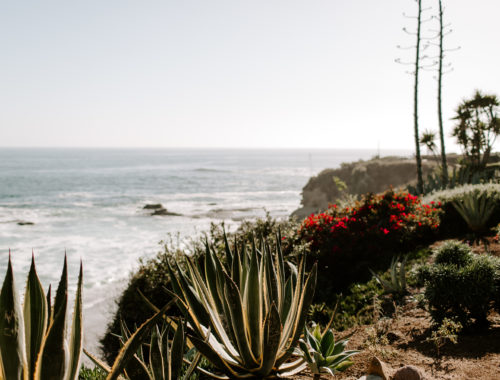