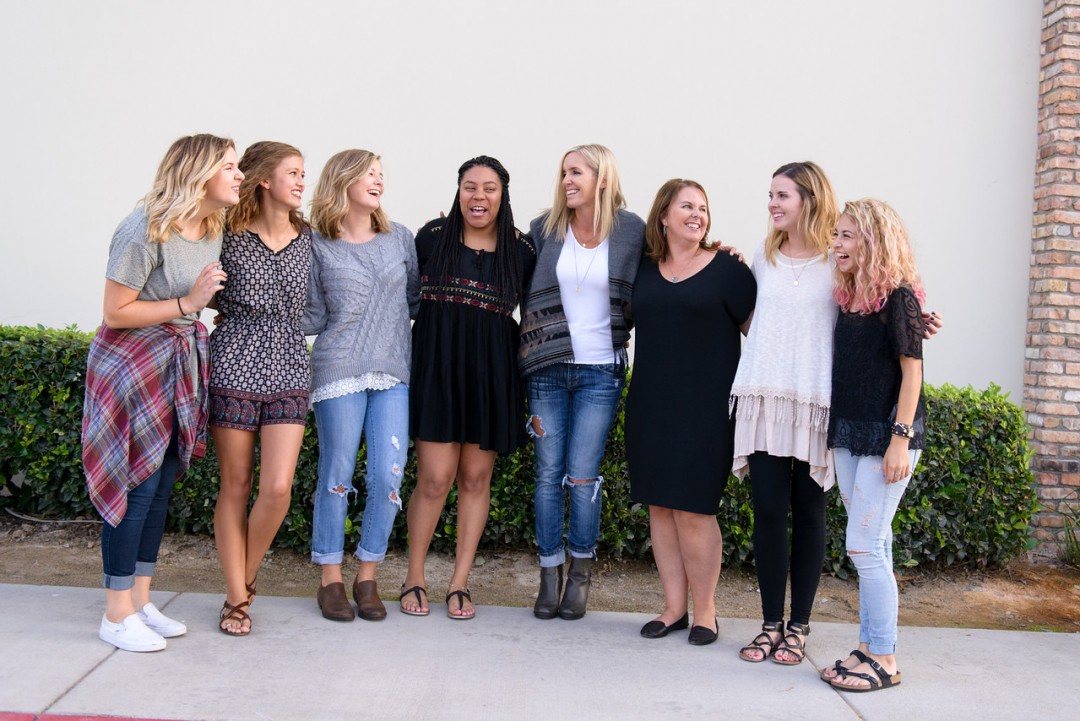 So here is the truth. Exceptional Kindness.

I’m not even sure I believe in the idea of exceptional kindness among women. But I sure know I want to.

My friendships with other girls as I was growing up were the source of some of my greatest joys and my deepest sorrows. I want to talk about how as women we can empower and build each other up. We can realize we are better together. I do believe these things because they are true; they just haven’t been my experience. I don’t look back on those girl friendships as fondly as I’d like to. In elementary school, I remember having one very best friend, Heidi. We were inseparable, until we weren’t. Until someone way cooler than me hit the scene. I felt heartbroken, but as any 10 year old would do, I quickly pulled myself together and made a new best friend. A move across state quickly put a nail in that coffin, otherwise I’m quite sure we’d still be best friends today. Maybe.

And then came along junior high. Can I just say it? Junior High is wrong, just wrong! I had to experience junior high, plus be the new girl in a new school in a new city, all at the same time, deal with crisis at home. Junior high was equal parts relational instability, hormones and a lot of people who were still actually little inside acting like grown up ‘know it alls’ on the outside. One week, I was Jennifer’s best friend, but over the weekend her and Gina decided to be best friends and on Monday showed up wearing their newly purchased best friend bracelets. I, of course, pretended not to care. I simply decided to be best friends with Janel instead. And thus, this ferris wheel of friendship exchanges continued on.

In high school I switched schools to go to the “cooler” school. Be careful what you wish for! Being cooler for the most part was because everyone was very affluent, everyone except for me. High school brought slight changes to the friend cycle, but not many. Boys were now also added to the mix. I quickly made a new best friend and simultaneously had my first boy crush. I would, as teenage girls do, tell my best friend how incredible my crush was. I would go on and on until one day, and I kid you not, I found out they started dating. She said to me, “Well, I couldn’t help it, you kept talking about how incredible he was.” I still secretly hate her, just kidding, but ouch. Anyhow, girlfriends at this point for me were not only unstable but unsafe.

Each new friendship I entered into, I brought a heavy bag of stuff to the table. Am I good enough?  Fun enough? Likeable enough?  How can I make you pick me over the next cool girl, or better yet, over the next cute boy?

Next, college came along; I met Matt the day I moved in. We quickly started dating and so he became my best friend. However, apparently I wasn’t the only girl who liked him and I quickly became the target for some “mean girls” on campus. They didn’t appreciate this blonde haired, blue eyed freshman coming onto campus and snatching up an upperclassman.

Right out of college, Matt and I were married and started Sandals Church. I met new friends, we became fast best friends and then just as suddenly, we weren’t. And so on it went, I wish I could say that as adults women friendships became easier and just all around better, but friendships with women can be just as painful in adulthood as in childhood and adolescence. We can still be dumped for the new sparkly shiny whatever, gossiped about and not included.

Fast forward 17 years and I now have 2 teenage girls of my own. I listen to their stories of “mean girls” at school, except this is a whole new level of mean girl. Social media now adds this horrible highlight reel flash before your eyes where you see an instant picture of your replacement. I did my best to hold their hearts well as they were sad, hurt, and sometimes crying from  being left out, gossiped about, dumped or replaced.

Don’t get me wrong, my girls, like myself, were contributors to all of this girl friendship drama too; we are not blameless. We have not always been the victim. I too am guilty of dumping an old friend for a cool, new shinier friend. I am guilty of choosing a boy over my best girlfriend and I am at fault for being mean spirited a time or two or five thousand. In my own day, I left some of my friends’ hearts such a sad mess they are probably still working out the damage in counseling today.

So what did it for me? What really made me want to draw a hard line where “mean girls,” (myself included) were concerned? It was when I began hearing my own advice to my girls that I became really bothered and convicted. “Girls are just mean! You just have to learn how to manage it” I’d tell them.

What kind of advice is this?! Especially because we are girls. This really began eating at me. Yes, this is what I actually believed, that girls are just mean, but the Holy Spirit began gnawing at me that it was neither right or true.

As I began stepping into a new season of ministry with women, I was excited and doe-eyed. I, of course, thought everyone was gonna want to come to a Bible Study for women, especially if we made it super pretty and cool. As I began spreading this news, I kept hearing the same thing, “I don’t want to be in a room full of women,” “Women are mean,” “I don’t like women,” and this was all coming from… women!

Here’s the deal, it has been my experience as I’ve ministered to women for the past 20 years that our outsides do not match our insides. On the inside we feel insecure, not worthy, not enough. We’ve been hurt, damaged and gone through some really hard stuff. So, on the outside, to protect ourselves, we criticize, we exclude, we replace, and so on. We want to belong, we want community with our own kind (we can’t even go to the bathroom alone for goodness sake,) we love talking, we love the idea of a best friend or friends, a place we are known, loved and accepted! We crave a place where we can be vulnerable and flawed and “in process.” We in fact need a place where we can confess so that we can experience the healing the Bible talks about. A place where our ugly messy can come out and we can be received. I’ve got ugly messy too and despite your ugly messy, you’re still valuable and worthy of love, acceptance and belonging.

I know this is what I want. I’m pretty sure it’s what all women want.

So then, what would exceptional kindness even look like? I think it begins by committing to practicing it in our individual lives. Be the first to be kind. Say hello first, forgive first, invite first and pursue first. Commit to stop comparing ourselves to other women’sbest version of themselves that we see on Instagram and then we secretly   hate them for because we compare their great looking highlight reel to our real life messy version. We then feel crappy and now somehow it’s their fault. I think it means we stop assuming the worst in each other’s motives because we know we both value the idea of exceptional kindness and want to make it a reality amongst women. We give each other that grace.I think it looks like an invitation  to other to have a seat at the table, and stop reading into our exteriors and making assumptions about what’s going on in our interiors. To have and give grace because we remember that we typically only see the tip of the iceberg of what’s truly going on with people. We acknowledge that not everything is personal, even though we all feel like it is.

I’m still reeling in the feeling, the doubt that maybe exceptional kindness amongst women is not possible, but I want sure want to pursue that dreamy possibility that it is, that it’s real, that we can pursue it and enjoy its inward and outward beauty. I want to see what beauty God will produce if we “cultivate exceptional kindness among women, and give it value in our lives.”

I have a serious concern to bring up with you, my SISTERS, using the authority of Jesus, our Master. I’ll put it as urgently as I can: You must get along with each other. You must learn to be considerate of one another, cultivating a life in common.  1 Corinthians 1:10